When you mention limousine Perth, you get all sorts of ideas and images running around in your head. Some of them might be true. Some of them are a little less factual. If you’ve been on one before, we hope you have good memories of the experience! 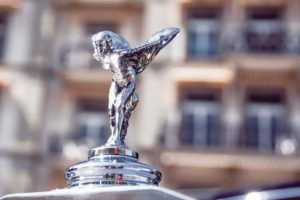 However, just how much does the average Joe know about the limousine? For that matter, how much of what they know is factual and how much is pop culture-induced misconception? Well, look no further because we’re about to reveal a few fun facts on the matter!

First, did you know that limousine isn’t a brand? It’s a designation!

Sort of. There’s no car brand called limousine. Instead, the term is used to designate cars that have a specific set of characteristics. Size is one such factor, though not always stretch length. Another element to consider is a partition that separates passenger and driver sections.

The limo has been around since 1902! No, it wasn’t the stretch model that everyone imagines today.

Stretch limousines are actually pretty recent. They first appeared in 1928 and were called “big band buses.” This is due to being used by big band leaders to carry the team and equipment.

Back in those days, it was built with a covered compartment for drivers. The driver was actually seated outside the main vehicle. This was for privacy’s sake and has been a hallmark of the design since.

One thing that most people don’t know is that the design of the first limousine is older than the car itself. The look is more or less based on a cloak and hood, the typical attire of French shepherds. It was traditionally worn as protection from the elements.

Chauffeur is also French in origin. Chauffeur was originally the word for the stoker.

Early vehicles were powered by steam. The operator needed to stoke the engine, which kept it running. Thus, they were called stokers early on. The term eventually got used for a professional behind the wheel of a vehicle, driving it for someone else.

The first motor vehicles to have air conditioning included? It was the limo. These were one of the many luxury features of early models, which eventually became standard in all car models. It was inefficient and bulky, which made things difficult.

Finally, the longest limousine ever built had some impressive features. A swimming pool with diving board, a jacuzzi, a king-sized bed, and even a sun deck. There are also two fax machines included.