Arrive in Style In a Hummer Limo Perth 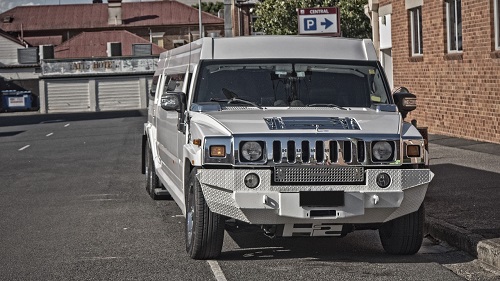 For many people, the limousine is a sign of luxury. It is an indication that you’ve made it big-time, as only the rich and wealthy can afford to drive around in one. Rentals are possible – even for the ultra-expensive type like a hummer limo Perth – but the misconception remains.

The fact is that a Hummer limo is a big deal. Think about it.

Most people who have cars don’t have anywhere near that kind of style on their vehicle. The only thing that tops it tends to be classics or sports cars. There’s also the fact that you have a chauffeur, professional and trained and ready to take you anywhere.

Limousines just have that image that’s hard to beat. It helps that they have a host of luxury features and are flexible enough that you can get one for business, dates, or special occasions with little trouble. Of all the various models, though, there’s nothing quite like the love of the hummer.

There are a few reasons for this.

First, the hummer has its unique image. It’s considered a sturdy, masculine, “manly man” car. It is one of those vehicles that just seems to dominate the road when it’s driving, and most people who know a thing or two about cars can recognise it easily.

The second factor is that the hummer is relatively rare. Not a lot of them were made, both due to the general expense and because they tended to consume a lot of fuel. As such, they were never going to be popular enough to be found in large numbers along the road.

A third factor is that production has stopped. The company making the vehicle has since ceased production. This means that what’s already out there is all that remains. The only way that changes is if someone decides to resume production or makes a product that is virtually identical.

The combination of perception and rarity lends the hummer designs a mystique that’s hard to compare with. Add in the appeal of a limousine, and you have a knockout combination.

A hummer limo combines the image of toughness and rarity with luxury and style. You’re guaranteed to make a huge impression, especially since these designs are comparably rarer than most other limos.